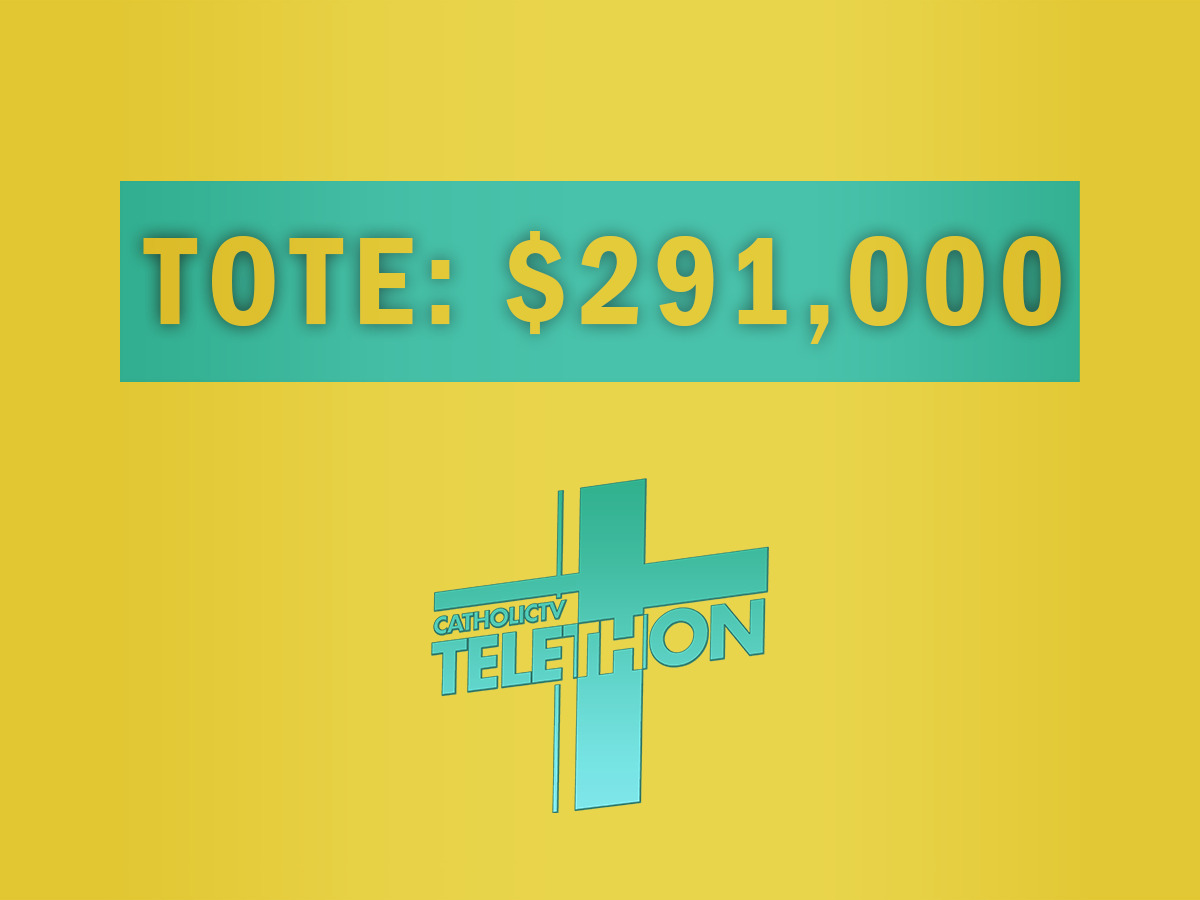 WATERTOWN, MASS. (September 16, 2019) - On Friday, September 13 and Saturday, September 14, the CatholicTV Network held its twenty-eighth Telethon raising over $291,000 from generous viewers in the United States and abroad. This year’s Telethon was hosted by Bishop Robert Reed, Jay Fadden, and Kevin Nelson, and featured acts by talented performers, including singers from Ursuline Academy Choral Group in Dedham, MA; Ryan Tremblay; and renowned musician Stephanie Scogna, among many others.

The Telethon is CatholicTV’s most important fundraiser. Money raised during the event supports the CatholicTV Mass, devotional programming, Papal coverage, and other educational and uplifting programming.

Thanks to the generosity of viewers, CatholicTV raised over $291,000, with 42 states participating. CatholicTV is grateful to donors and sponsors for their incredible support, and looks forward to bringing audiences more great Catholic programming. Viewers donated both over the phone and online.