We are America's Catholic Television Network®

CatholicTV strives to share the Gospel of Jesus Christ and the fullness of Catholic Tradition through TV and new media. The Network does this first and foremost through the daily broadcast of the Holy Sacrifice of the Mass. Our 24/7 channel also provides other prayerful, educational, and inspirational programming.

History of the CatholicTV Network

The first program Archbishop Richard Cushing - low mass of the Catholic Television Center of the Archdiocese of Boston was produced on the morning of January 1, 1955 when Archbishop Richard J. Cushing celebrated a Pontifical Low Mass in studios at 25 Granby Street near Kenmore Square in Boston. From that studio, equipped with three RCA TK31 cameras, the Center produced live and tape-recorded programs, and it purchased time from local commercial television stations to air the Sunday Mass each week. In 1961 the Catholic Television Center's studios became the temporary home of educational broadcaster WGBH-TV when that station's studios were destroyed in a fire.

In 1957 the Catholic Television Center acquired a license to operate its own broadcasting station in Boston on channel 38 in the new UHF range of television channels. It adopted the call sign WIHS, and put WIHS-TV into service on October 12, 1964, with transmitting facilities on the Prudential Tower in Boston. It was the first full-time Catholic television station in the world employing a general entertainment format along with the daily and Sunday Mass. On July 27, 1966, Storer Broadcasting acquired WIHS for $2,276,513.16 and renamed it as WSBK-TV. 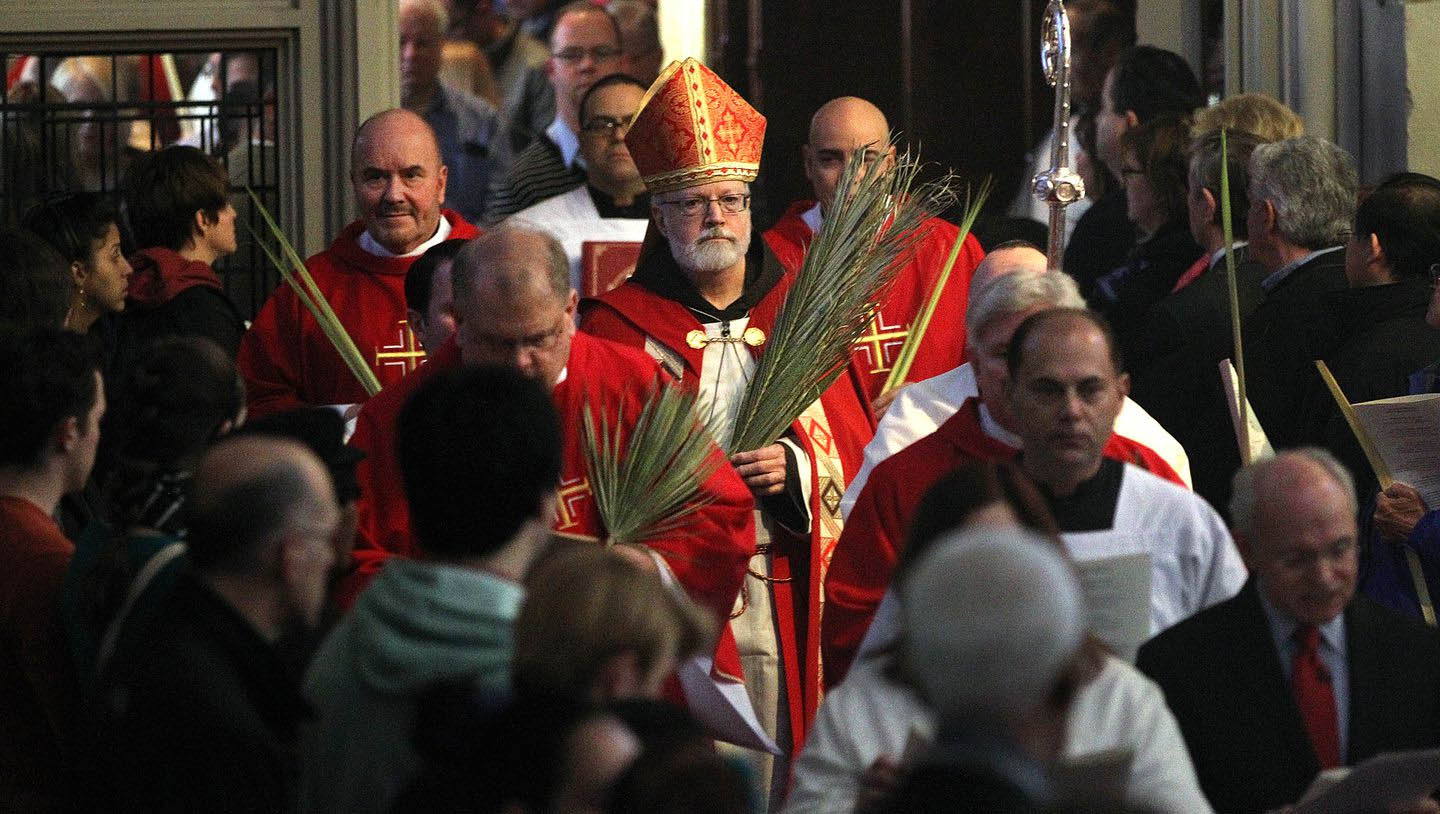 In 1970 BCTV moved into leased studios at 55 Chapel Street in Newton, Massachusetts where it remained for twenty-seven years. In April of 1983 BCTV began offering programs to home viewers several hours a day through its own channel carried by cable television providers, at first in Massachusetts, then elsewhere in New England, and also as far away as Montreal, Quebec. In addition to the Sunday Mass broadcast on conventional (over-the-air) television, weekday Masses were also presented Monday through Friday, originating from a chapel in the Archbishop's residence in Brighton.

In 2006 the channel adopted the brand name CatholicTV and the slogan "America's Catholic Television Network®." By 2007 it had entered into a programming exchange agreement with the Canadian channel Salt + Light Television. The channel converted its video format to HDTV on October 13, 2010. In July of 2007 The CatholicTV Network relocated its studios and offices to Watertown, Massachusetts.

CatholicTV has grown at an extraordinary pace and is at an historic moment for Catholic television, the Archdiocese of Boston, and in the life of the Church. CatholicTV is on the verge of becoming one of the top 100 stations in the entire United States of America, and the Network is available in almost every community and town in and around the Archdiocese of Boston. In addition, CatholicTV can be seen in more than 13 million households including those in Michigan, Hawaii, most of New England, Louisiana, Ohio, parts of Tennessee, the Virgin Islands, Vermont and throughout the country via Roku and Google TV. CatholicTV is available in numerous hospitals and retirement or nursing homes throughout the Archdiocese of Boston. Audio content of the daily Mass and Rosary are also carried on three radio stations in different parts of the United States.

"CatholicTV has grown at an extraordinary pace and is at an historic moment for Catholic television, the Archdiocese of Boston, and in the life of the Church."

The CatholicTV Network is recognized nationally as a leader in broadcast television for the purpose of evangelization and outreach. Staff members are regularly sought out for their expertise and knowledge of the industry. CatholicTV continues to win praise and awards for programming and for the operation of the Network as a whole. These achievements and this momentum is extraordinary considering the Network's limited budget and production staff as well as the increased workload brought on by the administration of the new corporation. Many dioceses are trying to align themselves with CatholicTV because of the success the Network has enjoyed and the quality and diversity of our Catholic programming. In letters and phone conversations, at meetings and conferences, we hear that the presence of CatholicTV on cable, satellite and the Internet is vital for the Church in this historical moment.

"The CatholicTV Network is a completely unique entity in the broadcast industry: a curiosity to some, a lifeline to others, an effective "always on" tool of evangelization, the friend of many dioceses, and a source of pride for the Archdiocese of Boston."

The CatholicTV Network is a completely unique entity in the broadcast industry: a curiosity to some, a lifeline to others, an effective "always on" tool of evangelization, the friend of many dioceses, and a source of pride for the Archdiocese of Boston. From the first suggestion by Msgr. Walter Flaherty to Archbishop Cushing up until the present moment under the leadership of Cardinal Seán O'Malley, this inspired work of the Church has existed to serve the Archdiocese and beyond in the work of evangelization, education and inspiration in the Catholic Faith. Like any television network, it is truly understood and appreciated only by those who are regular viewers and those who work within it.

The CatholicTV Network resembles other television networks in various ways and degrees:

Behind the CatholicTV Logo

The logo for CatholicTV is framed by the window of the Church, through which we are enlightened by Christ. At the center of the window is the Cross upon which the Lord Jesus shed His blood and into which we have been baptized. The large "C" embraces that word which denotes the universality of the Church drawn together and inspired by the powerful technology of television and the Internet.