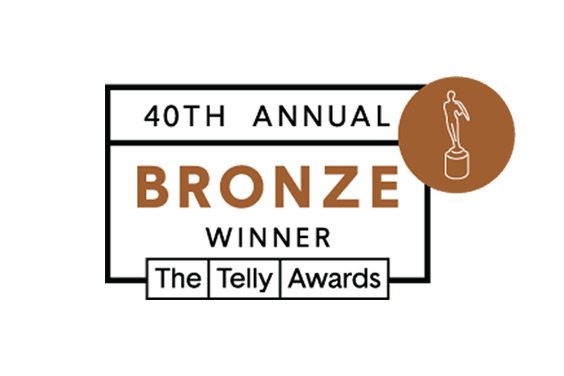 WATERTOWN, MASS. (May 24, 2019) - Winners of the 40th Annual Telly Awards have been announced, and CatholicTV has been recognized with two Bronze Tellys in the Religious/Spiritual Television category; one for The Gist, and one for Repent & Submit.

The Telly Awards is the premier award for excellent local, regional, and cable TV commercials, programs, and video/film productions, as well as web commercials, videos, and films. CatholicTV is thrilled and grateful to have been awarded two Bronze Tellys.

The Gist is CatholicTV’s women’s talk show hosted by Danielle Bean, Rachel Balducci, and Carolee McGrath. Each week they chat with guests from all walks of life about faith, family life, current events, and everything in between. Notable guests from Season 8 included comedy writer and TV director/producer Jeannie Gaffigan, SiriusXM radio show host Jennifer Fulwiler, and YouTube sensation Lizzie Reezay of “Lizzie’s Answers.” The Gist is produced by Laura Musholt Stone.

Repent & Submit is CatholicTV’s newest show featuring author and podcaster Tommy Tighe and YouTube personality Steve the Missionary. The two sit down to debate the weirdest topics and wildest opinions in the Church today. Repent & Submit premiered in October 2018 and a second season is set to premiere in fall 2019. The show is produced by Adam Stone, Creative Director for CatholicTV.

Founded in 1979, the Telly Awards is one of the most sought-after awards by local and international firms. Winners represent the best work of the most respected advertising agencies, production companies, television stations, cable operators, and corporate video departments in the world.